Beautiful upper 16th Street in northwest Washington, D.C., is home to tree-lined streets, comfortable residential areas and small restaurants and stores. The corridor lacks the hustle and bustle of 14th Street to its east and isn’t quite as green as the immense Rock Creek Park to the west, but it has managed to carve out a niche for itself as a zone that contains D.C.’s most desirable neighborhoods.

Neighborhood boundaries are fluid in Washington, D.C., and can evolve as local residents change their definitions and businesses move in and out. Established neighborhoods in the Upper 16th include Crestwood, 16th Street Heights, Brightwood, Shepherd Park, Colonial Village, and North Portal Estates. This gives you multiple areas to explore!

Apartment living options stand out just to the south of the Upper 16th and provides you with the best of both worlds: A lovely residential location with close access to downtown D.C.

See All Apartments
The Vintage on 16th
3146 16th St NW
Right on the border of both Mt. Pleasant and Columbia Heights, this boutique apartment building features ultra-modern units and luxurious amenities. With convenient access to the metro and nearby Northwest Quadrant neighborhoods, it’s a wonderful place to call home.
| Check Availability 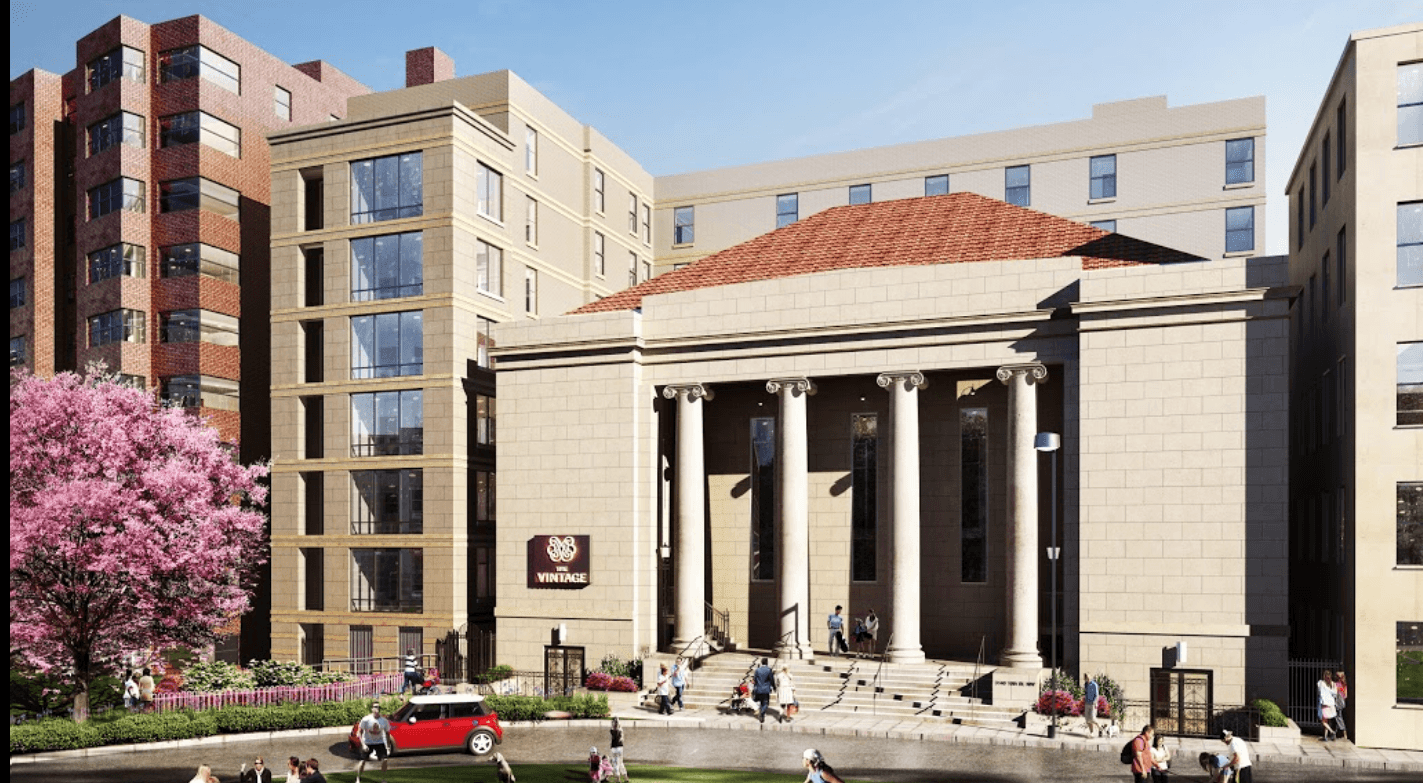 The Vintage on 16th

With studio to 3 bedroom apartments available, plus with loads of unique amenities and welcoming both cats and dogs - find your new place to call home.
Check Specials
Limited
availability

Located at the south tip of the Crestwood neighborhood, the Crestwood Apartments are richly appointed, nicely shaded with large trees, and feature tranquil 1- and 2-bedroom floor plans. Oversized balconies let you keep an eye on everything going on around you, while amenities like flexible leases, included utilities, and 24-hour on-site maintenance make life easier. Crestwood mixes historic elegance with modern features. 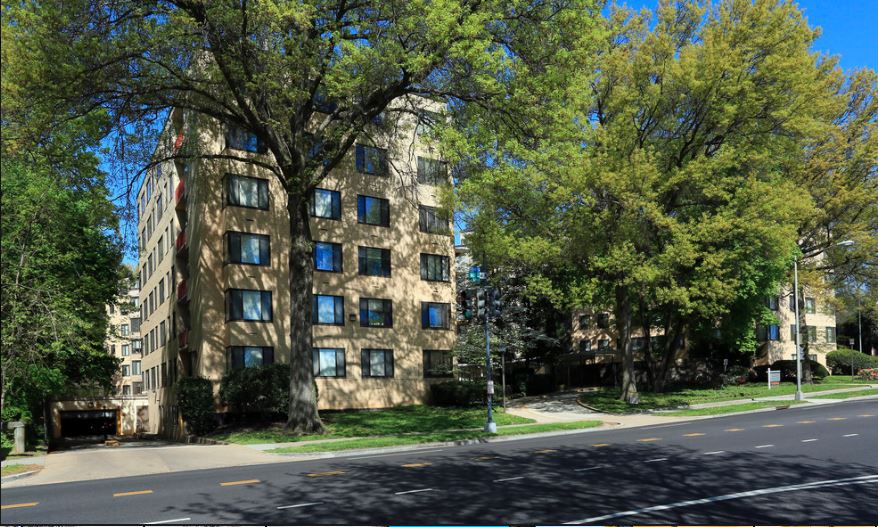 An Overview of Living in Upper 16th NW 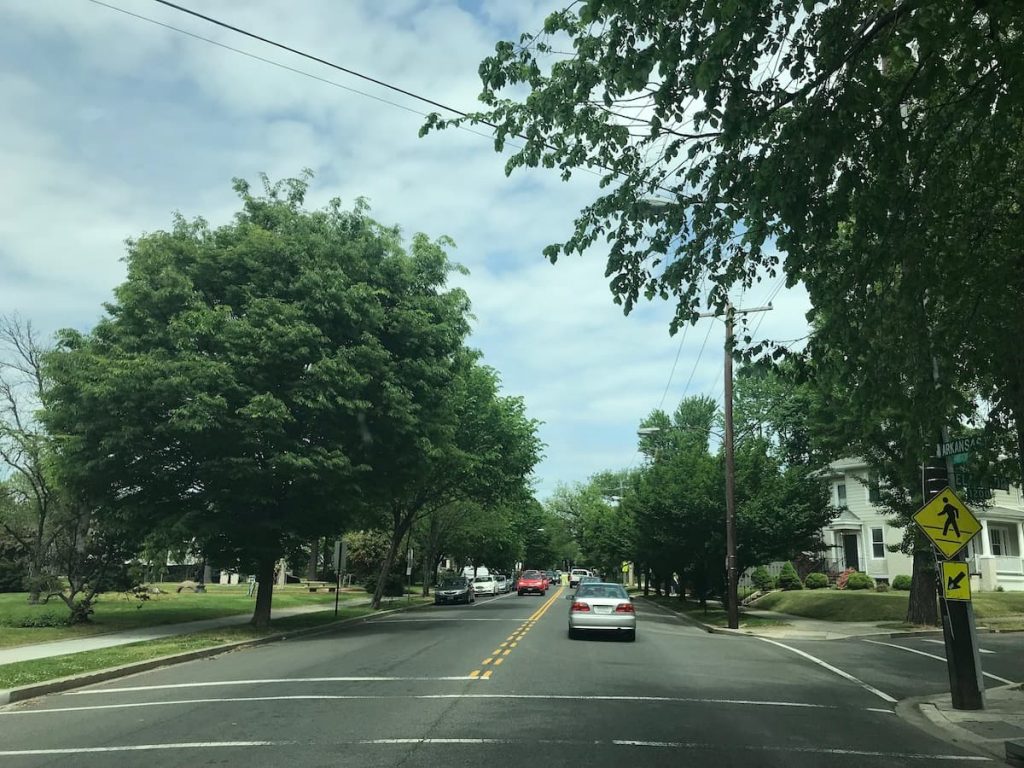 Running north-south through the heart of the District, 16th Street NW has long been an important street in the nation’s capital. When French engineer Pierre L’Enfant designed the grid that we know today, he designated 16th as one of the most important numbered streets — and it is still that way!

This section of 16th was the 80-acre Maple Grove Farm in the mid-1850s, and today it retains some of the subdivision feel that the farmland was converted to during that time. The Upper 16th area is a new hot spot in D.C., with home sales jumping and apartments in high demand.

Get Lost in Local Architecture

Most of the existing structures date to the 1920s and 1950s, though you’ll also find some newer construction — especially as you move away from 16th and toward Maryland.

One of the area’s most noted real estate developers, Henry Wardman, borrowed from numerous architectural styles as he worked to reflect the melting pot of cultures and ideas in D.C. He is well-known for his brick row houses, which dot the streets in the 16th Street Heights and Brightwood areas.

He also created many detached and semi-detached residential houses throughout northwest D.C., including in the Upper 16th. 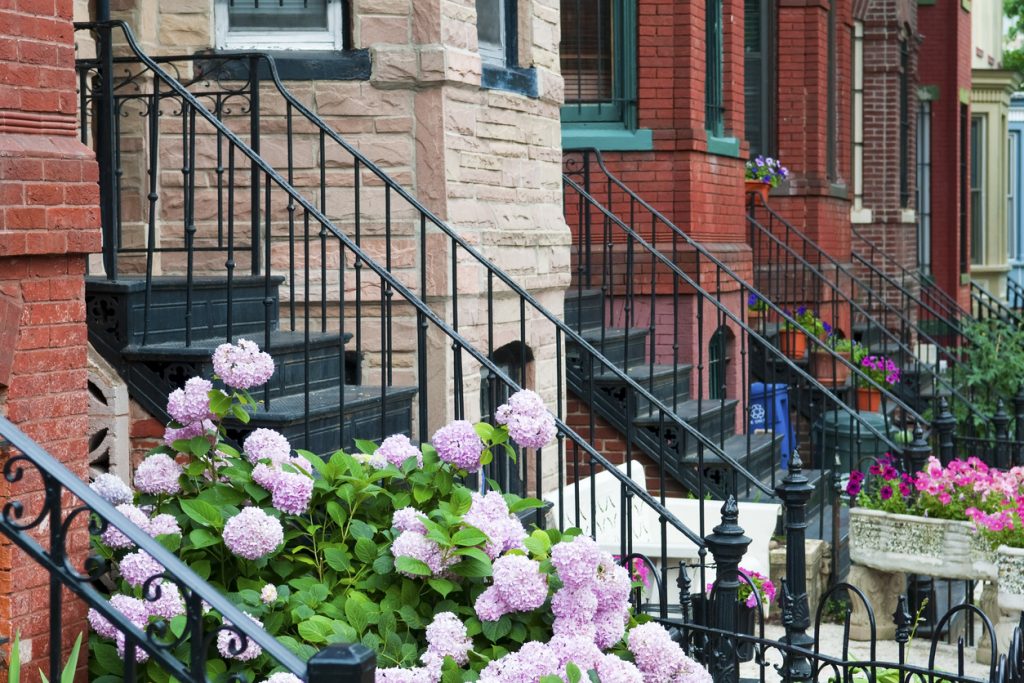 Plenty to Do and See Outdoors

As the western border of many Upper 16th neighborhoods, Rock Creek Park figures prominently into many residents’ lifestyles. A few facts to keep in mind:

The Rock Creek Park Golf Course is a public, 18-hole course you can get to by turning from 16th on to Rittenhouse. The Rock Creek Tennis Center is located at 16th and Kennedy with hourly court rentals, and  there are at least two public courts that can be played on for free.

If you’d prefer to kayak or canoe, you can rent the boat you need at the Thompson Boat Center.

The Carter Barron Amphitheatre, just off of 16th, hosts concerts each summer that attract popular jazz, hip-hop, blues, and reggae musicians as headliners. There’s also a planetarium that hosts regular programs on astronomy and other ranger-led educational activities.

Whether it’s for a walk, a bike ride, a concert or some other form of recreation, Rock Creek Park is a gem that Washington residents, especially those right next door in the Upper 16th neighborhoods, can enjoy much of the year.

Washington, DC is one of the best places to live on the East Coast, but why? Well, a lot of it has to do with the food! No matter which neighborhood you live in or what type of cuisine you prefer, there’s something for everyone.

We’ve done the hard work for you and uncovered the best bars, coffee shops, and restaurants on and around 16th. 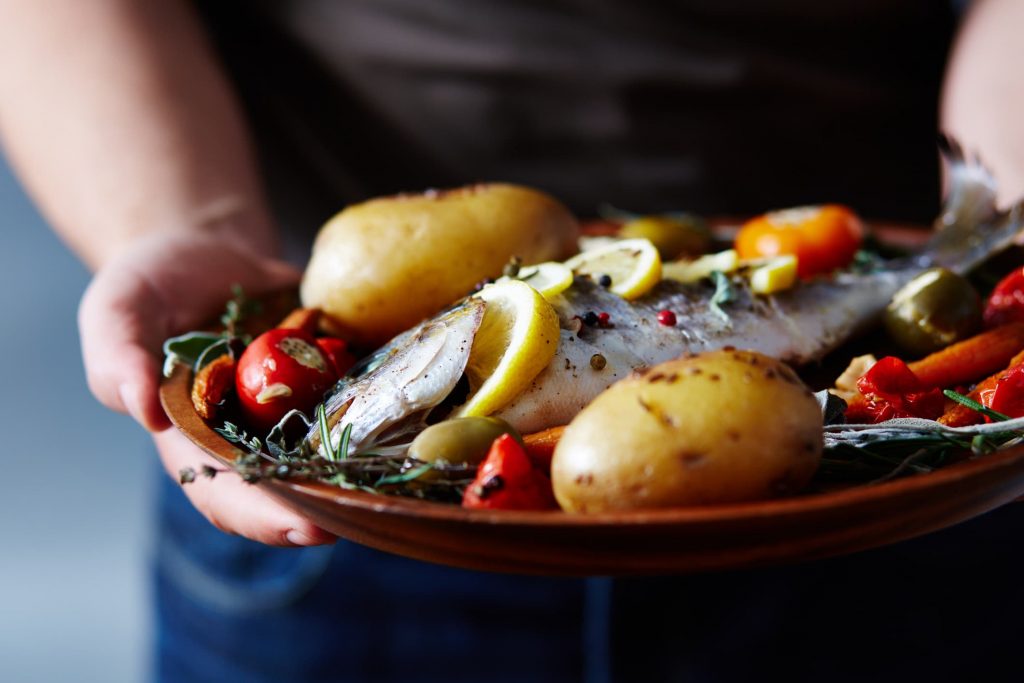 If you’re looking for authentic South American food, this sweet little spot serves Mexican food and has a serious crowd of regulars that rave about it. As long as you visit between the hours of 10 am and 10 pm, you’ll find the doors open and ready to serve delicious food.

Don Juan is more of a fun-times, slightly rowdy spot that sometimes has DJs. It serves big plates of Hispanic food, has great service, and is a casual hangout spot.

Dos Gringos opened in December 1999, and it didn’t take long for it to become a neighborhood favorite. Locals love the weekend breakfast feasts, regular meals, and snack options for lighter fare. The restaurant also hosts “Intercambios” every Saturday, where international students and native English speakers can get together and practice their language skills. 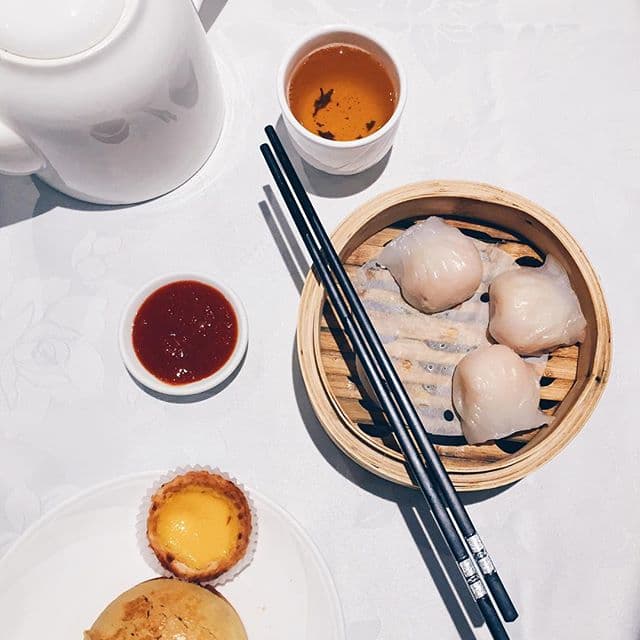 If you love Asian cuisine, Purple Patch has delicious Filipino options for you! The restaurant was started by a woman named Patrice who moved from the Philippines to the United States. She began to cook traditional food as a way of expressing herself, then decided to share her love for cooking with those around her. She opened Purple Patch in 2015 and was quickly named as one of the top 9 Filipino restaurants in America.

This little restaurant has locations in both the Shaw and Mount Pleasant neighborhoods of D.C., making it close by, and its founder, Aschara Vigsittaboot, grew up cooking with her mom in Thailand. Today, she not only helps run the restaurant and cook delicious meals, but is also passionate about the community. The restaurant has donated and sponsored countless businesses and events in the neighborhood.

The Raven Grill is home to affordable beer, a jukebox, and comfortable booths and bar stools, plus a great kitchen. It’s one of the oldest bars in the city, and offers board games if you’re looking for something to do.

Another fun bar to head to for a quick bite or happy hour, Tonic has been around since 1891 when it operated as a pharmacy serving local students. In 1974 the pharmacy was converted into the bar we know and love today and offers drinks, food, and events like trivia nights. 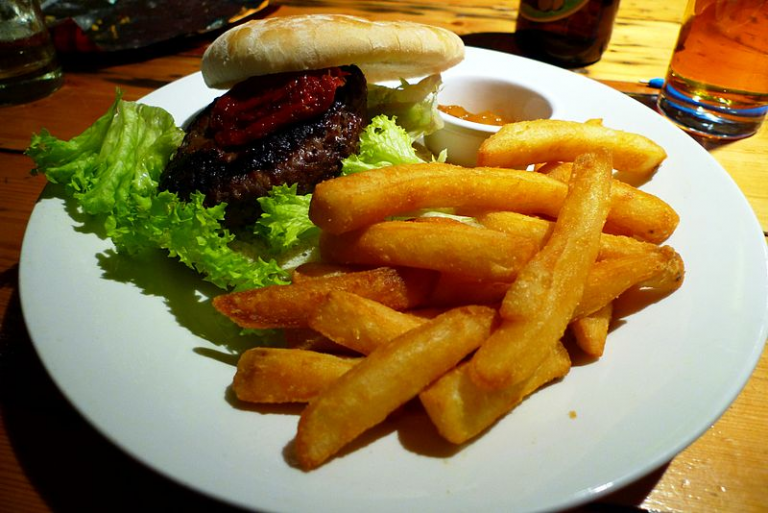 Lauriol Plaza offers multiple patios for outdoor dining, making it a can’t-miss for Tex-Mex flavors. There are plenty of diverse options to choose from, from tacos to quesadillas to fajitas to fish.

Since 2005, this nationally acclaimed creamery has been crafting artisanal, small-batch ice cream using only local and naturally sourced ingredients.. In addition to their delicious ice cream, Mount Desert Island features up-and-coming artists’ work in their shops for patrons to enjoy and even purchase.

This cozy little bar and grill is located in Columbia Heights and has something for everyone —  including a fun dance floor on the second floor and an energetic bar on the first. The back patio features a spacious dining area with breathtaking views.

Whether you’re planning a weekend visit or hoping to make the Upper 16th neighborhood your permanent home, here’s your quick guide to the local schools, area culture, public transportation, and so much more.

The area is home to plenty of great schools for all learning levels and styles, including (but definitely not limited to):

The Upper 16th is a melting pot of personalities and cultures, too, making every day a fun and engaging learning experience for all who call it home. 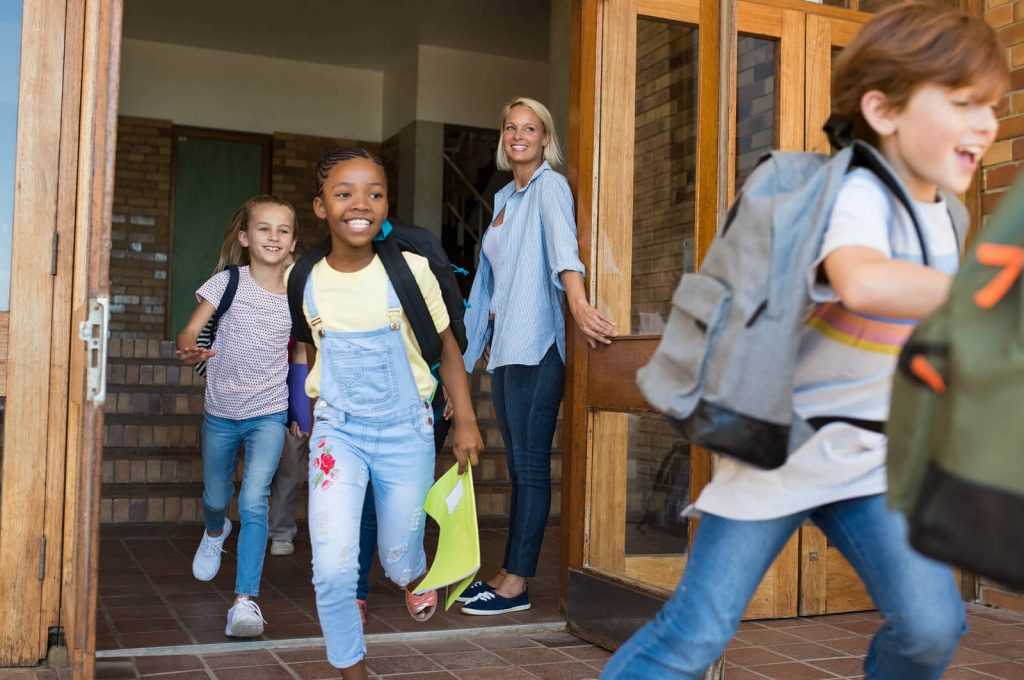 If art and culture are your thing, the Upper 16th neighborhood is just a short ride away from some of the best art galleries in the world. The National Gallery of Art is located in downtown Washington, D.C., while the Lost Origins Gallery is right in the heart of Greater Mount Pleasant. Looking for other art and culture opportunities? Take a quick ride to Georgetown University Art Galleries to check out the rotating exhibits on display.

DARO Apartments is proud to have apartment communities close to public transportation for easy commuting in and around the Washington, D.C. area.

Check Out our Commuter’s Guide Here